The Liberal Democrats are now the only real party of business

As the former Business Secretary I can't not intervene at this decisive moment in British politics.

In a speech this week I condemned the Tories and Labour for turning their backs on the economy, and explained that the Liberal Democrats are the only real party of business.

You don't have to take my word for it. Today the Lib Dems were endorsed by none other than The Economist. And a letter in the Financial Times from prominent tech figures also backs us.

Both Labour and the Conservatives are adopting a Brexit strategy that seems explicitly designed to inflict maximum economic damage. The storm clouds are already gathering - we are seeing rising inflation, falling real wages and rising personal debt.

Only the Lib Dems have a positive economic plan, including boosting spending while still achieving a surplus on the current budget. 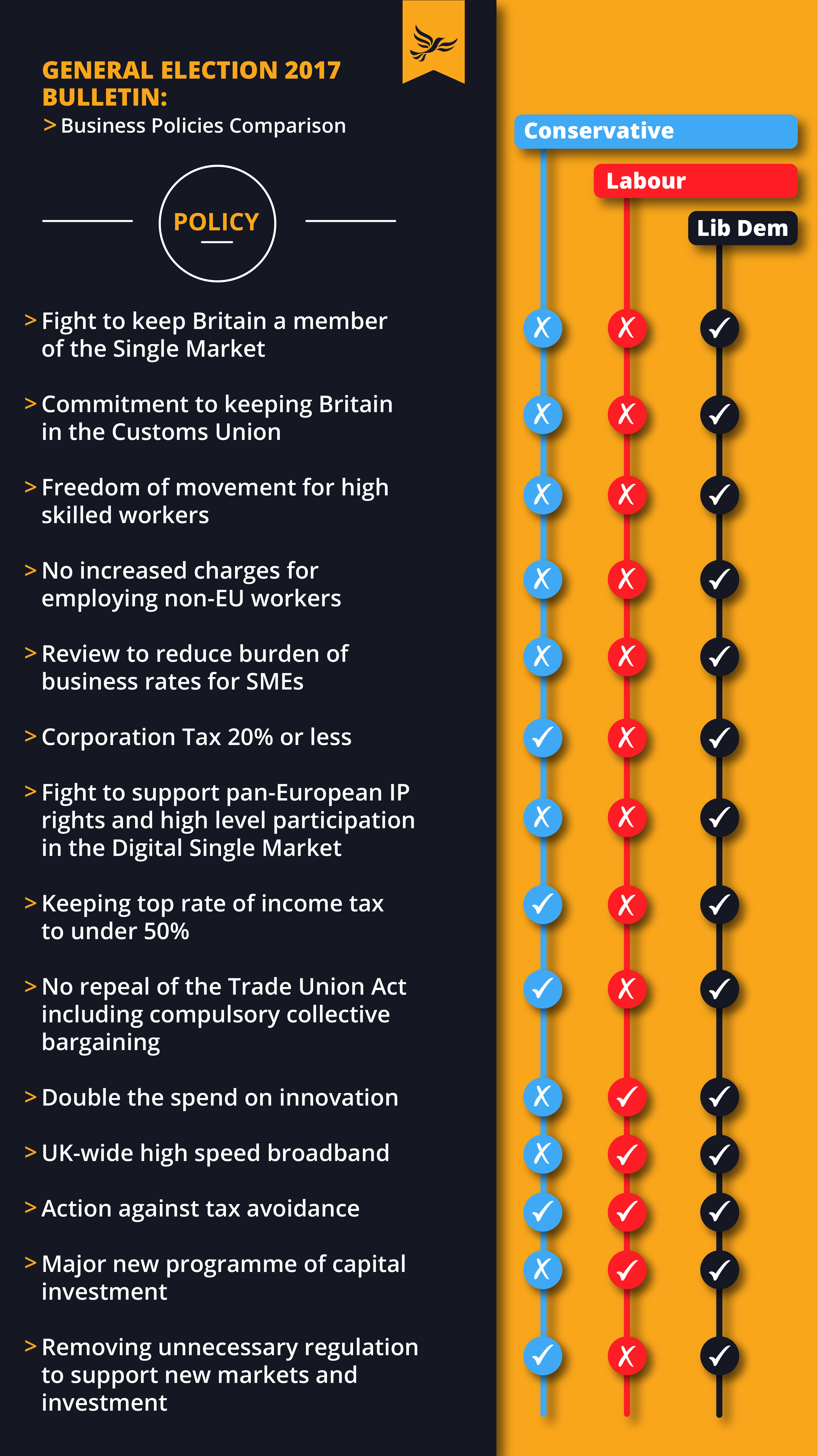 Theresa May keeps insisting that no deal is better than a bad deal, but an extreme Brexit could be disastrous. Theresa May just doesn't seem to care. If we crash out of the Single Market and customs union, respected independent estimates suggest that our trade will slump by almost a third by 2030.

Meanwhile, Labour's plans for a spending spree funded by taxing the rich and corporations have been described by the IFS as wholly unrealistic, and will certainly scare off the investment and talent that are fundamental to our global economy.

The Lib Dems are the only party that genuinely recognises the crucial role of entrepreneurship in generating job creation, innovation and productivity.

As our endorsement by The Economist shows, we are rapidly becoming the only party of business.